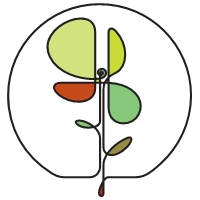 There is no satisfactory treatment for Covid-19 currently available.

The present options include antivirals such as lopinavir/ritonavir, oseltamivir, and ganciclovir; antimalarials chloroquine and hydroxychloroquine and drugs such as remdesivir, tocilizumab. However, in all cases, evidence is weak, contradictory, or based on low quality observational studies. The existing pharmacological approach is more focused on fighting the consequences of the virus than on primary inhibition.

Natural products, including plant species, provide a huge diversity of chemical complexity. Often the challenge has been that the individual constituent compounds isolated from a natural source are less active than the original natural material, either because of the route of administration or because of synergistic mechanisms between the compounds within a plant or between different plants.

Our approach is based on nicotine as a cholinergic agonist, derived from specific varieties of medicinal tobacco, and combined with other natural products that modulate and enhance the effects of tobacco alkaloids. Appropriate routes of administration are also important.

The result is an antiviral agent that provides both prophylaxis and treatment by:

There are two forms of the product:

A compassionate use trial on a small group of Covid-19 patients has showed remarkable results. Symptoms were reduced significantly within 4 hours. After 24 hours, symptoms were so diminished that disease could be considered to be reversed. After 72 hours patients felt well, with few or no symptoms of the disease. No relapses have been observed. Although this cannot be considered as a full clinical trial, it does indicate the potential for further studies.

SARS-CoV-2 has an affinity for the ACE2 receptors and for nicotinic receptors. There is evidence that the mechanism of action is:

Nicotine modulates the expression of the activity of ACE2, regulates the cholinergic system, and acts on the nicotinic alpha7- subunits disrupted by the virus.

Is nicotine carcinogenic or addictive?

The toxic effects caused by cigarette smoking are not primarily due to nicotine, but instead the carcinogens and other toxins produced by the burning of tobacco and inhalation of the smoke. Nicotine itself is neither carcinogenic nor significantly addictive. The Royal Society for Public Health UK has stated that 'Nicotine is no more harmful to health than caffeine'.

Initial patent applications have been filed in the UK, that separately protect the phytotherapeutic product and pharmaceutical preparation.

Indigena Biodiversity represents a Colombian company called Niccovid - group of medical doctors, chemists, molecular biologists, ethnobotanical specialists from Spain, Italy, France, Colombia, Argentina and Peru. The operations centre is based in Colombia. The team has of over 15 years’ experience in the field of administering cholinergic agonists for several various pathologies and an extensive knowledge of tobacco and many other plants.

We are seeking a company to develop and market this antiviral treatment for Covid-19, taking a licence under the patents. We have named the product Yanavir. A licensee may choose that name or a different name.