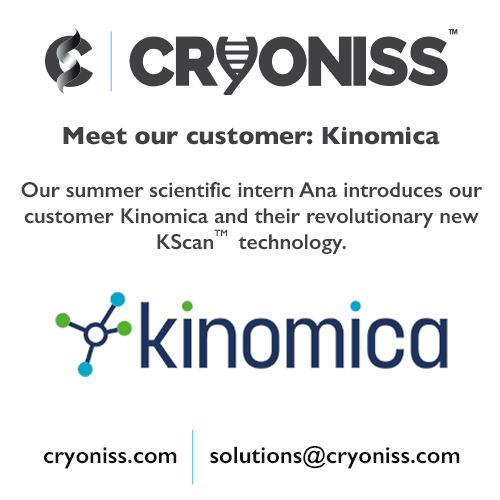 The circuitry and plasticity of signalling networks that regulate cell biology is a critical concept for our understanding of fundamental and disease physiology.  Kinase signalling pathways for example, are responsible for the regulation of essential biological functions in cells and the dysregulation of these networks are well known to contribute to different diseases, including cancer.

Kinase inhibitors have become one of the pharmaceutical industry’s most important class of drug targets, with 71 clinically FDA approved drugs on the market and a hundred more in late stage clinical development.  The current global market for kinase therapies is estimated to be worth US$20 billion per annum.  However, despite the success of these small molecules, only 10% of kinases have been studied in detail. (MRC Protein Phosphorylation & Ubiquitination Unit, University of Dundee).

Kinase signalling cascades are highly interconnected pathways possessing several features that make them difficult to profile.  Several different kinases may phosphorylate the same substrate, and proteins phosphorylated in one cell type may not be found or may be poor substrates of that kinase in other cell types.  In addition, the stoichiometry of phosphorylation is difficult to measure routinely, and protein phosphorylation is a dynamic posttranslational modification that can quickly change during the course of an experiment.  To add to this, the human genome codes for 518 protein kinases.

Large-scale phosphoproteomics is widely available in many mass spectrometry laboratories, however the interpretation of this data is usually in conjunction with literature-mining methods covering the relationships between enzymes and signalling cascades.  As Hijazi et al. (2020) explains, whilst this is can be informative when supported by logic modelling, this process introduces a natural bias as literature has been published based on pathway popularity and access to qualified reagents.  The literature itself covers data extracted from different cell types and organisms, preventing the elucidation of how signalling may be wired in a given cell population.

Dr. Pedro Cutillas, BSc, PhD. Reader in Cell Signalling and Proteomics at Barts Cancer Institute, Queen Mary University of London, has been a leading researcher in the field of kinase signalling.

“My research group uses unique proteomics and computational approaches to understand how cell signalling pathways driven by the activity of protein kinases contribute to the development of cancer. Increasing this knowledge will be invaluable in advancing personalised cancer therapies.”

In 2013, Cutillas et al., published a novel computational approach termed kinase-substrate enrichment analysis (KSEA), an untargeted method for the systematic profiling of kinase pathway activities.  In this paper, Cutillas and the team describe how they systematically inferred the activation of specific kinase pathways via mass spectrometry-based phosphoproteomic analysis of human acute myeloid leukaemia cell lines.  Not only did the algorithm correctly identify the kinase networks involved with AML, it also accurately predicted the relative sensitivities of patient-derived AML cells to kinase inhibitors.

Since then, Cutillas has continued to develop the technology further, using the platform to scrutinise PI3K/mTOR drug resistance (2015, Cutillas et al.) and integrate drug sensitivity, proteomic, phosphoproteomic, immunophenotypic, and genomic analysis of primary AML to elucidate the responses and determinants of sensitivity of AML cells to targeted compounds in both clinical and pre-clinical analysis (2018, Cutillas et al.).

In 2017, Cutillas et al., modelled the contribution of protein kinases to cell viability, using data obtained from a single-shot LC-MS/MS run.  Unlike the limitations of techniques in play at the time, they devised a new approach coined kinase activity ranking using phosphoproteomics data (KARP).  KARP was able to measure protein phosphorylation that had occurred in intact and metabolically active cells, i.e. the net kinase activity.  They hypothesised that the fraction of protein phosphorylation attributed to a given kinase relative to total phosphorylation is a measure of its contribution to signalling.  By reasoning that the net activity of a kinase within a specific biological system would be proportional to its contribution to total phosphorylation, they were able to calculate the sum of the intensities of its known substrates relative to the sum of the intensities of all phosphorylation sites present in the dataset.  This analysis was coined K-score.  With no reference standard required, these K-scores represent an absolute unit measurement of signalling regulation.

In 2019, Kinomica Limited was spun out after it won funding from Innovate UK and seed money from Biocity, a family office and several private individuals.  The grant money is being used to conduct a clinical trial to compare KScan (TM) with genomic biomarkers as predictive markers of response to Midostaurin,  a drug used to treat Acute Myeloid Leukemia patients.

The KScanTM platform can lead to:

“Kinomica’s approach to measuring the phosphorylation signature of proteins, rather than using gene expression, provides a direct snapshot of protein and cell-signalling activity. We have preclinical proof-of-concept data to demonstrate that our game-changing biomarkers predict drug response more accurately than current state-of-the-art gene sequencing.

Our R&D services can be tailored to meet individual customer needs, and we are working on developing a companion diagnostics line for use in diagnostic decision-making.”

For more information, here are the Kinomica’s related publications: