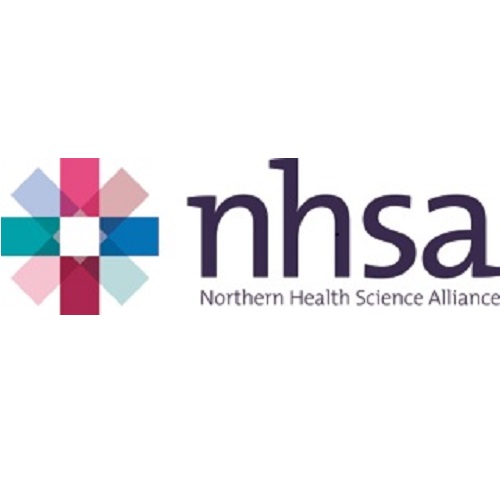 THE Northern Health Science Alliance (NHSA) today welcomes three new directors to take forward the organisation into the next stage of its development as a world-leading cluster organisation across the North’s life sciences.

Professor Sir John Tooke, Dr Kath Mackay and Dr Jonathan Sheffield OBE have joined the organisation as non-executive directors and will play a key role in developing the strategic direction of the NHSA.

The NHSA is a partnership established by the leading Universities and NHS Hospital Trusts in the North of England to improve the health and wealth of the region by creating an internationally recognised life science and healthcare system. It links ten universities and ten research-intensive NHS Teaching Trusts with four Academic Health Science Networks (AHSNs covering a population of over 16 million).

The organisation brings together health research collaborations across the region, draws in international investment to the North and acts as a voice for its health research system.
Professor Sir John said: “I’m delighted to be joining the NHSA Board to help this remarkable organisation advance population health and wealth through leveraging its many strengths and spirit of partnership.”

Dr Mackay said: “The NHSA has a strong reputation and is poised to make a difference to health research and innovation in the North and wider UK. I am excited to be joining at such a critical time when health and care is at the front of everyone’s mind. I’m passionate about innovation in health and securing positive outcomes for all.”

Dr Sheffield said: “The NHSA has a unique opportunity to raise the profile and impact of our brilliant scientists, innovators, clinicians and partnering institutions. Together we will deliver better health, wealth and care for people in the North.”

“Each of them brings a wealth of experience which will be invaluable to the Northern Health Science Alliance as we move forward in our vision of health and equality for all through the power of northern health innovation.”

Professor Sir John Tooke is a clinician scientist and graduate of Oxford University who trained at Kings College London, the University Department of Medicine at Leeds General Infirmary where he undertook his higher medical training, the Karolinska Institute in Stockholm and as a Wellcome Trust Senior Lecturer at Charing Cross Medical School in London. Until 2015 he was Vice Provost (Health) and Head of the School of Life and Medical Sciences at UCL and Academic Director of UCL’s Academic Health Science Centre, UCL Partners. Sir John is immediate past President of the Academy of Medical and Executive Chairman of Academic Health Solutions.

Dr Kath Mackay is Managing Director of Bruntwood SciTech’s Alderley Park, the UK’s largest single-site life science campus and key component of the Northern life science ecosystem. Previously she was on the executive management team at Innovate UK, the UK’s innovation agency and part of UK Research & Innovation, where she was Director for Ageing Society, Health and Nutrition. In this role she led initiatives to grow and scale the UK life science sector, working with private sector businesses and investors, Government, NHS and universities. Kath is a scientist with a PhD in Pharmacology from Manchester University and she has held commercial roles in life science companies spanning multiple disease areas and technologies across USA and EU markets. Kath is also non-executive director of the Antimicrobial Resistance Centre.

Dr Jonathan Sheffield OBE is a qualified Consultant Histopathologist with over 39 years experience working the in the NHS as a doctor, Medical and General Manager. He was Chief Executive Officer of the National Institute for Health Research Clinical Research Network until March of this year where he oversaw performance of the network which delivers 800,000 patients into clinical studies annually. Previous to this he held a variety of Medical/NHS Management and Leadership Roles including Deputy Chief Executive University Hospitals Bristol NHS Foundation Trust and South West SHA Lead Clinician and Chairman for the Acute Services.