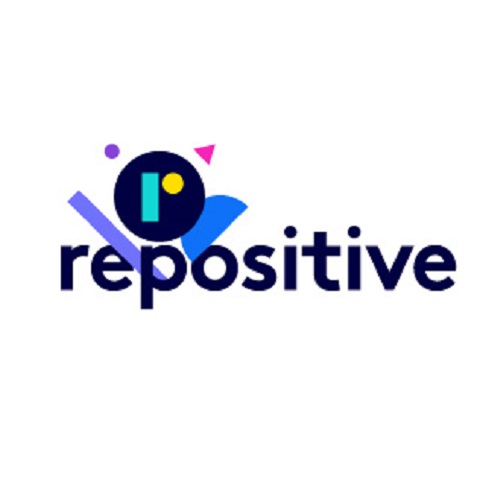 Repositive – the Cambridge-based startup that connects researchers with the right preclinical cancer models for their research – today announced the appointment of Slaven Stekovic as Head of Strategic Growth, along with leading commercial experts (Mariana Vaschetto and Francesca Crawford) to its advisory board, to drive the company’s scale-up and global growth ambitions within the pharma and biotech market.

16th September 2019, Repositive – the Cambridge-based startup that connects researchers with the right preclinical cancer models for their research –today announced the appointment of Slaven Stekovic as Head of Strategic Growth, along with leading commercial experts (Mariana Vaschetto and Francesca Crawford) to its advisory board, to drive the company’s scale-up and global growth ambitions within the pharma and biotech market.

In partnership with AstraZeneca and Boehringer Ingelheim, Repositive launched its innovative Cancer Models Platform in 2018 to help pharma and biotech quickly and easily find the right cancel model for their preclinical studies, enhancing the predictivity and reliability of their research. By partnering with 19 specialist contract research organisations (CROs) around the world, including Antineo, Shanghai LIDE and Xentech, Repositive is now the world’s largest directory of preclinical cancer models and currently catalogues over 5,300 cancer models from its partner CROs on the Repositive platform.

After the success of Repositive’s Cancer Models offering so far, the company is now scaling up its commercial offering to pharma and biotech companies globally. To support the company through this rapid growth period, Repositive has appointed serial entrepreneur, Dr. Stekovic, as Head of Strategic Growth. With experience in marketing, sales and tech commercialisation, Slaven has founded several startups within the pharma industry, including The Longevity Labs (TLL) - an Austrian pharmaceutical company specialising in anti-aging and rejuvenation strategies. Slaven’s marketing and product placement strategy, along with his executive plan grew the company to over 1M EUR of revenue in its first year on the market. Slaven has also worked as senior innovation consultant and team lead at Science Park Graz - the biggest high-tech startup incubator in Austria. His consulting experience includes working with the Fortenova Group, product and business development of a classified project for Google Inc, and providing support to dozens of tech startups as a team lead and senior innovation consultant at Science Park Graz. Slaven has been highly commended for his business acumen and entrepreneurial flare, having won several business and innovation awards, and being listed on Forbes 30 under 30 in 2017.

CEO and Founder, Fiona Nielsen, said: “Repositive is at an exciting stage - we’re moving from a young startup that has secured good traction in our target market, to scaling up our commercial activities globally and selling subscription packages for our platform to leading pharma companies. I am delighted to announce the appointment of serial entrepreneur Slaven Stekovic as Head of Strategic Growth and look forward to seeing Repositive continue to grow thanks to his commercial experience and entrepreneurial success.”

Chairman of the Board, Mike Hedger, said: “Slaven has a strong track record of commercial strategy and business development making him a valuable asset to the company during its next phase of growth. Having developed and implemented successful go-to-market plans and growth strategies targeting international markets, he is a perfect addition to the team at a time when the company is ramping up its global marketing and sales efforts."

Dr. Stekovic, said: “Having directly experienced for myself the difficulties with sourcing the right preclinical model when bringing TLL’s first product to market, I understand both the need and untapped opportunity for Repositive within the cancer drug development industry. Repositive has a talented team of scientists, software developers and business development personnel, and I’m looking forward to joining this great team for the next phase of Repositive’s journey."

In addition to the appointment of Dr. Stekovic as the company’s Head of Strategic Growth, Repositive has appointed leading commercial experts, Mariana Vaschetto and Francesca Crawford to its advisory board to further support the company’s global growth ambitions.

Dr. Vaschetto joins Repositive’s advisory board with her track record of excellence in product marketing, branding, as well as commercial strategy and development for significant players in biotech, informatics and software solutions, including Accelrys (now Biovia), PerkinElmer and Dotmatics. Mariana is currently the Head of EMEA/AP Operations for Collaborative Drug Discovery and a Director of Cambridge Agile Solutions. She earned her first degree in physical chemistry from Universidad Nacional de Cordoba, and Doctorate in Chemistry and Quantum Mechanics from Universidad de Santiago de Chile, working in Konstanz Universitaet.

CEO of University College London spinouts, SomaNautix and SomaServe, Dr. Crawford joins Repositive with a wealth of experience leading companies within the contract research and drug development sector. Francesca is a serial entrepreneur; her portfolio featuring the growth of several life science companies, including Altacor, Spirogen and Sirus Pharmaceuticals. A PhD clinical pharmacologist, she began her career in clinical research before holding several senior posts in startup ventures where she built IP portfolios to add value and protection to product pipelines.

Founded in 2014, Repositive secured its first round of external investment in 2015 to develop a public platform, which catalogues more than 1 million genomic research datasets from more than 50 global data sources and has an international user base of academia and industry researchers. In 2017 the  Repositive  platform was selected to contribute metadata search and indexing technology to the NIH Data Commons Pilot Consortium.

In December 2016,  Repositive  announced the development of the Global PDX Directory in partnership with AstraZeneca and Boehringer Ingelheim, as a proof of concept marketplace for oncology researchers and PDX model providers. In April 2018 the PDX Directory became the Cancer Models Platform, and its scope was expanded to incorporate CDX, syngeneic and humanised mouse models, as well as 3D in vitro  systems and other popular translational cancer models that support immuno-oncology and combination therapies.

In October 2018, Repositive announced the launch of a new Cancer Models Scout service: industry researchers working in translational oncology can ask  Repositive to conduct an expert, tailored and confidential search to find the right cancer model for the hypothesis they are looking to test using its world-leading directory and extensive CRO partner network.

After partnering with  19  specialist CROs across the globe, including among others Antineo, Shanghai LIDE and Xentech, Repositive's  directory is now the world’s largest global directory of preclinical cancer models. Since July 2019, Repositive has made its directory of over 5,300 preclinical models publicly browsable online as the first stage of relaunching its innovative Cancer Models Platform.