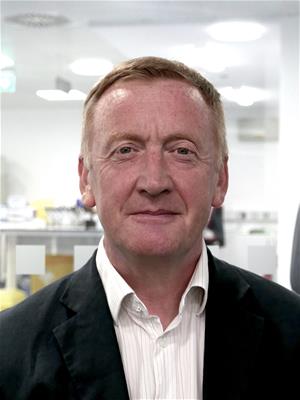 Medicines Discovery Catapult has appointed Dr Robin Brown as its new Chairman. The company has established itself rapidly within the UK community and is now engaged in multiple R&D collaborations with UK biotech and academia.

As a national centre, Medicines Discovery Catapult supports the UK biotech sector by running applied R&D projects which industrialise new technologies and improving access to valuable UK R&D resources that can help them. It operates from a base at Alderley Park, Cheshire.

Ian Campbell, Interim executive chairman of Innovate UK, said: “We thank Graham for giving Medicines Discovery Catapult such a strong foundation of expertise and in guiding its formation. It is now very well placed to deliver value to the UK sector. We also welcome Robin as his successor. His skills are ideally suited to the emerging needs of the sector and enable the Medicines Discovery Catapult to flourish in its next phase of delivery.”

Dr Brown’s appointment follows the setting of Medicines Discovery Catapult’s delivery strategy which was designed to address the six major R&D challenges for UK biotech, as identified in the recent State of the Discovery Nation sector report in January 2018. The report recommended the need to reshape the R&D model of therapeutics to better meet patient needs, ensuring the biotech industry is provided with straightforward, well-governed access to consented patient data and human tissue samples – an acute problem for SMEs in the sector. It also highlighted the need for the industry to focus on emerging technologies which humanise drug discovery as animals are a “poor approximations of humans” – evidenced by 40% of new drugs failing when first tried in human patients.

Dr Brown said: “Medicines Discovery Catapult has set out a progressive agenda for advancing UK biotech by working collaboratively. Having established itself as a national hub for the sector, it is already involved in a range of collaborative science, technology and process improvement projects with industry and academia.

“Applying more predictive discovery and data technologies can make a massive difference to the global and regional challenges in pharmaceutical productivity. These emerging technologies and new models of multiparty collaboration need to be proven and diffused into industry which is why I am embracing the role the Catapult is playing to help the sector thrive”.

Thanking Professor Graham Boulnois, Carole Longson, Deputy Chair of Medicines Discovery Catapult said: “Graham provided the Medicines Discovery Catapult with a guiding vision and energy, which will remain at the core of the company. The Board he built, and support he showed, helped us develop ourselves at pace and with exceptional industry insight.”

Most recently Dr Brown was the Chief Executive Officer of KWS BioTest, a specialist immunology-based contract research organisation. In January 2018 KWS was acquired by Charles River Laboratories. Immediately before joining KWS, Robin spent eight years as a venture partner at Advent Healthcare Ventures (US) and was responsible for the scientific direction and corporate governance of a number of companies within the investment portfolios. Prior to this he was the Chief Scientific Officer of Devgen (acquired by Syngenta) and Galapagos NV. Dr Brown also spent nine years at GSK, latterly as Head of Cell Biology and as an academic gained his PhD in the laboratory of Prof Alan Hall at the Institute of Cancer Research, London.