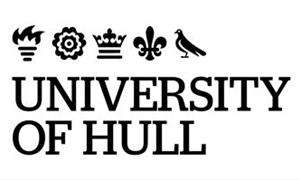 Early detection and diagnosis can greatly increase the chances of survival when it comes to cancer, but some forms of the disease are more difficult to identify during the early stages. Dr Barbara Guinn, a researcher at the University of Hull, has led a research programme that has identified a biomarker that has the potential to make such a diagnosis much easier in one specific form of cancer.

Dr Guinn’s work researching biomarkers able to be used to diagnose ovarian cancer is yet to be published but has yielded positive results.

Dr Guinn said: “The majority of diagnoses for ovarian cancer come during stage three, when the cancer has spread to other areas of the body, which has a direct impact on the chances of patients’ surviving.”

It has previously been found that proteins can act as biomarkers, which help diagnose diseases earlier, but this has not previously been a focus of research in detecting ovarian cancer. Dr Guinn’s research has found such a marker, which is elevated in patients with stage one and stage two ovarian cancer, allowing for much earlier detection, diagnosis and treatment.

The next stage of Dr Guinn’s research is to examine whether this marker is secreted into urine. If so, this would make a simple test, similar to a pregnancy test, a possibility.