About us
Join us 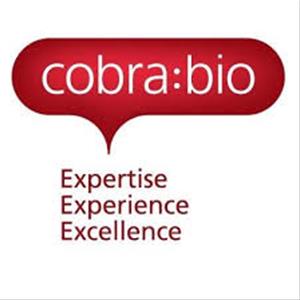 Now in their 16th year, the prestigious awards recognise excellence, outstanding achievement and enterprise in a sector that is worth £11bn to the North’s economy and are sponsored by Manchester Science Partnerships, Appleyard Lees and World Courier. The awards ceremony and gala dinner held on 30th November was attended by more than 400 people at The Mere Golf Resort & Spa in Knutsford, Cheshire.

Cobra secured the Technical Service Award for delivery of technical services related to the process development and manufacture of plasmid DNA for gene therapy products in clinical trials. This is an area where Cobra has seen a significant increase in worldwide demand with 99% of its customers located outside of the UK. The award, sponsored by Gateley Plc, was judged on the degree of innovation, impact and quality of the service.

The much sought-after Bionow Company of the Year Award, sponsored by AstraZeneca, waspresented to Cobra's Chief Executive Peter Coleman at the close of the ceremony, who was delighted to accept the ‘by invitation only’ awardon behalf of Cobra’s dedicated staff.

Sarah Davies, GMP Production Manager, was also named runner up in the Bionow Promising Technologist of the Year category sponsored by Seqirus for her work in overseeing the technology transfer of a viral vector process from a small scale non-GMP third party manufacturer to reach in-market commercial supply.

Peter Coleman, Chief Executive of Cobra Biologics, said: “I am very proud of Cobra and what it has achieved over the last few years. Our team has worked incredibly hard to get to where we are now and as a result, we have a bright and promising future. Winning two Bionow Awards, including the prestigious Company of the Year award, is a fantastic end to a successful 2017.

“Being a finalist in the Promising Technologist category is such an achievement for Sarah Davies and she is a great example of how Cobra work’s alongside its customers to meet the needs of patients worldwide.”