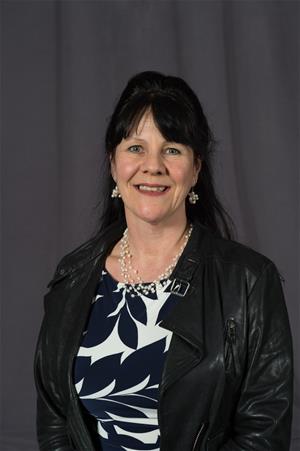 She is only the tenth person to receive the US-based Society of Toxicology (SOT) Founders Award, presented for “outstanding leadership in fostering the role of toxicological sciences in safety decision making”.

Professor Roberts joins more than two-dozen other professionals acknowledged by the Society of Toxicology in its latest awards for “the furtherance of the science of toxicology”.

The SOT, a professional and scholarly organization of more than 8,200 scientists, has represented toxicology practitioners and recognised achievements in the field for more than half a century. Toxicologists assess the effects of chemicals and other biological agents on human, animal, and environmental health and endeavour to understand how to prevent and ameliorate adverse effects. From the safety of medicines to the impact of environmental pollutants, toxicologists continually strive to create a safer, healthier world.

William Slikker Jr of the US Food and Drug Administration National Centre for Toxicological Research and past SOT President said: “Ruth Roberts’ vision of integrated research and drug safety programmes covering several modalities and methodological approaches have served her well. Her strategies have improvement of human health as their goal and rely on the synthesis of basic research and clinical application to achieve a new level of understanding.”

Professor Roberts, who co-founded ApconiX in 2015 – recently awarded Start-up of the Year by North of England biomedical and life sciences organisation, BioNow – is chair and director of drug discovery at the University of Birmingham in the UK. Previously, she worked in senior roles in regulatory safety, drug discovery and development and scientific strategy for companies such as AstraZeneca, ICI, Syngenta, and Aventis.

A graduate from the University of Manchester, she received her PhD in 1987 and received the SOT Achievement Award in 2002 for her contributions to the molecular understanding of toxicity along with the EUROTOX Bo Holmstedt Award in 2008 for scientific excellence in the area of drug and chemical safety.

ApconiX has has more than 60 clients across the UK, US and Europe including Pfizer, UCB and Gilead, as well as bio-techs, start-ups and university spin-outs. Current clients also include the US Food and Drug Administration (FDA), HESI and the Institute for Cancer Research.

The 2018 SOT Award recipients will be honoured formally at an awards ceremony during the Society’s 57th Annual Meeting and ToxExpo in San Antonio, Texas, March 11–15, 2018.