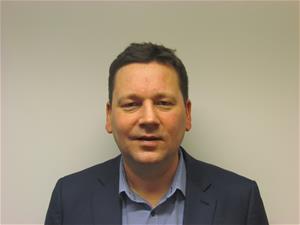 The leading process engineering firm, which specialises in the chemical and life sciences sectors, launched its North West office at Daresbury Innovation Centre in November 2017.

Now, after more than a year of helping manufacturers in the North make their processes safer and more efficient, it has expanded its team in Cheshire.

Andrew Stevenson will be responsible for helping BPE’s clients on a wide range of projects, from front end design and manufacturing strategy to safety and simulation.

Andrew started his working life as a development scientist with Smith & Nephew as a graduate from UCL. During his enviable career in process engineering, which spans some 25 years, he has led on projects for the likes of Unilever, BP, Pfizer and Novartis Vaccines. Most recently he was head of secondary programmes at Seqirus.

Managing director Mike Brown said: “The North West has been a great strategic move for us and we are now engaging with many of the local sites of some of the biggest names in the world of manufacturing. With an increased demand for our services, we identified the need to add to our growing team in Daresbury and in Andrew we have found an engineer whose specialist knowledge and experience is unrivalled. We know it will be of huge benefit to our clients.”

Last year BPE celebrated its 20th year in business. The company, headquartered in Hampshire, has been helping chemical manufacturers implement new and optimise existing facilities since 1997. It offers a full range of process engineering services, including process modelling, process safety, project management and process development/scale-up support. It counts some of the UK’s biggest blue-chip manufacturers among its clients.

BPE has seen several highlights since opening its North West office. They include picking up awards from Chemicals North West and BioNow.