Scientists discover why some cancer cells are immune to chemotherapy 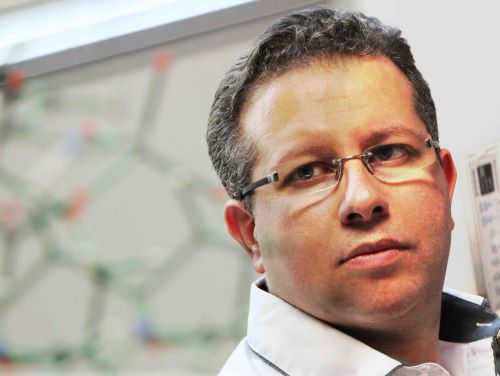 Scientists have discovered why some cancer cells become immune to chemotherapy.

New research by scientists at the University of Bradford, the University of Sheffield and Oxford University established a link between cancer cells which are deprived of oxygen - a state known as hypoxia - and the production of an enzyme called senataxin, which aids DNA repair.

Professor Sherif El-Khamisy, Director of the Institute of Cancer Therapeutics at the University of Bradford, said an increase in senataxin in the hypoxic cancer cells effectively made them immune to chemotherapy.

He said: “Most cancers, solid tumours in particular, become hypoxic - in other words, they suffer from lack of oxygen - especially the core of the tumour. This is because they don’t reach enough blood vessels and therefore have less oxygen, so they become hypoxic and this means they are resistant to chemotherapy.”

Prof El-Khamisy, from the School of Pharmacy and Medical Sciences, said: “Chemotherapy works by inducing DNA damage in cancerous cells. What we found was that, in those hypoxic cells, there was an increase of an enzyme called senataxin, which modulates DNA repair. This is the first time this link has been established.”

Scientists made the discovery after growing cancer cells on petri dishes in a low oxygen environment - typically 0.01 per cent oxygen - to mimic the conditions in the core of cancer tumours. The paper desribing their findings was published in Nature Communications on June 17.

The next stage of the research will involve further trials and modelling to see whether reducing or inhibiting senataxin makes chemotherapy more effective. The discovery also comes just weeks after scientists at Bradford published new research about naked mole rats and their natural resistance cancer.

Commenting on the latest discovery, Prof El-Khamisy added: “We’re excited by this latest development, it’s the first time this link has been made and it opens up the potential for new lines of treatment. Cancer research is often a slow process, with small steps being taken by different teams - our hope is that this discovery will push the research forward, perhaps allowing others to take the next step.”