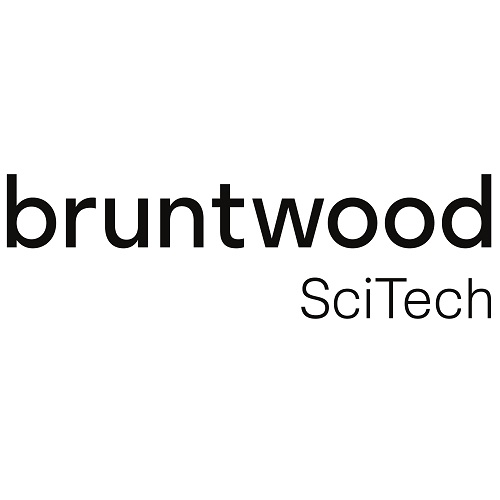 The internationally-significant project will cement the UK’s position in the science and technology sector; providing vital specialist infrastructure to power the growth of the knowledge economy and unlock the potential to commercialise R&D innovation, supporting the UK to build back better and level up.

The University and Bruntwood SciTech, a 50:50 joint venture between Bruntwood and Legal & General, will now form a new partnership to enhance, develop and deliver the vision to establish ID Manchester as a new innovation district, home to a global community that will play a vital role in the future of the UK science and technology sector, with the potential to create over 10,000 new jobs in the next 10-15 years.

Professor Dame Nancy Rothwell, President and Vice-Chancellor of The University of Manchester, said: “The journey to find our joint venture partner to work with us on delivering ID Manchester has been hugely rewarding for everyone involved. The quality and calibre of the submissions we received was truly outstanding and I would like to extend our gratitude to those who were unsuccessful.

“Innovation is a core theme for the University as we enter our third century. The opportunity afforded by ID Manchester will provide more chances for our research to have an impact on the real world, it will be a place where we address the challenges facing the world in the 21st century and to explore new ideas to improve the health, wealth and happiness of our fellow citizens.

“Bruntwood SciTech shares many of the same values and principles as The University of Manchester and throughout our detailed discussions with them, their commitment and approach to sustainability, inclusivity and collaboration aligned closely with our vision for ID Manchester. We look forward to working together to create an outstanding innovation district which will play a large role in helping the UK to build back better.”

Chris Oglesby, executive chair, Bruntwood SciTech said: “From the splitting of the atom, to the first isolation of graphene, Manchester has been at the forefront of global innovation. The ambition to create an innovation district of this size and scale will help transform the UK’s knowledge economy and cement the UK’s status as world leader in science, technology and engineering.

“Working in partnership with The University of Manchester, we will create a global exemplar that will support national and international investment into science and technology, creating new pathways for the translation of research, and new cultures for enterprise.

“It’s also an opportunity to build something with purpose and a social conscience at its heart from the outset. ID Manchester will champion a more progressive and sustainable model of economic success, one that works for all people and the planet.

“To be selected to deliver a project of such scale, ambition and international significance is a privilege and we cannot wait to get started.”

ID Manchester is Legal & General’s 9th significant urban regeneration scheme, having invested billions of pounds in partnerships with universities such as Oxford and Newcastle and Local Authorities in areas such as Cardiff, Salford and Sunderland.

Nigel Wilson, Group Chief Executive Legal & General said: “Universities are a key driver for the growth of cities, acting as a magnet for talent and incubator of growth and innovation. They have an integral role in shifting the dial for future success. This partnership is a unique opportunity to invest in, and develop, a significant, long-term and patient capital project that is economically viable and socially useful. Supporting the government’s “levelling up” agenda, it embodies inclusive capitalism in one of the UK’s strongest regional cities, as we build back better and help create a more inclusive post-pandemic society.”

It is expected the joint venture agreement will be signed by the autumn. The new joint venture partnership will see Stanhope plc appointed as strategic development manager in their first project outside of the South East of England, confirming the developer’s commitment to the Life Sciences sector across the UK. The partnership will work together on the next stage of the masterplan for ID Manchester.

Diana Hampson, Director of Estates and Facilities at The University of Manchester said: “ID Manchester will be a unique new neighbourhood. Our vision draws on Manchester’s ecosystem of ideas, discovery, research and development, and ID Manchester will provide the canvas on which all those strands can come together to take urban regeneration to a whole new level. ID Manchester will be where our most valuable discoveries today, are tried, tested and developed into the technology, buildings and commerce of tomorrow. We are looking forward to working with Bruntwood SciTech to build on our vision and deliver ID Manchester.”

The opportunity for ID Manchester follows the completion of the new £400 million Manchester Engineering Campus Development (MECD) which will be the largest home for engineering in any UK university and provide world-class sustainable teaching and research facilities for 8,000 students, researchers, academics and professional services staff who will relocate from their existing facilities.

The University occupies the recently opened £60 million Masdar Building, home to the Graphene Engineering Innovation Centre, and the Manchester Institute of Biotechnology at the south end of the site and these key research institutes and the University’s world leading strengths in Health Innovation and Digital Technology will form core pillars from which the cluster of companies located at ID Manchester will be built.

ID Manchester is poised to become one of the final pieces of transformative urban regeneration within the city centre and an exemplar for a new approach to sustainable, inclusive development.

ID Manchester is located to the south of the city centre adjacent to Piccadilly Railway Station, the University campus, and the existing innovation ecosystem clustered around Oxford Road, part of the largest clinical academic campus in Europe and includes Circle Square, the Citylabs campus, and Manchester Science Park - all three of which are already part of the Bruntwood SciTech network, and the £1 billion investment already being made into its main Oxford Road campus by The University of Manchester.

Because of the unique collection of institutions and businesses based here, the local neighbourhood has become recognised as home to one of Europe’s most important innovation ecosystems. ID Manchester represents the largest remaining development opportunity adjacent to this internationally important innovation hub.