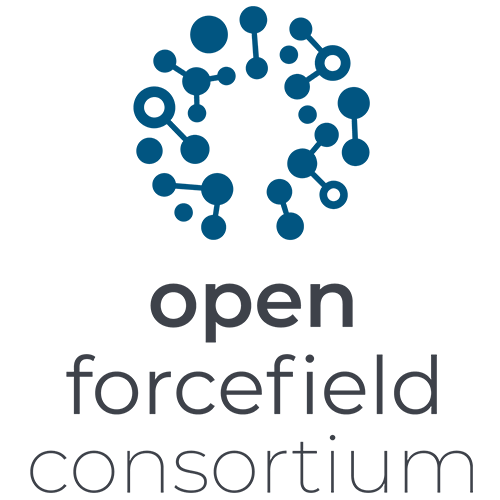 Force fields have always been an important part of our scientific offering, and we use our own XED force field extensively to do all sorts of useful things like conformer generation, ligand alignment, and Electrostatic Complementarity™ calculations. However, while the XED force field is great for these tasks, the technical details of how it handles charge anisotropy and polarization mean that it’s not suited for simulations: it is just too slow.

A non-XED force field is needed to do the things in Flare™, our structure-based design platform, that require Monte Carlo or integrated sampling, such as WaterSwap, protein dynamics and free energy perturbation. Up until now, we have been using AMBER for the protein together with GAFF/GAFF2 for the ligands, but we’ve always been on the lookout for alternatives and improvements. As a result, we’ve joined the Open Force Field Consortium, a collaboration between industry and academia to develop a new force field for small molecules. The Consortium have recently released version 1.0 of the new force field, 'Parsley', which remains under very active development.

The philosophy behind the Parsley force field is quite a break from how things have traditionally been done. In virtually all other force fields, the first stage in parameterizing a molecule is to assign atom types: this atom is a generic sp3 carbon so is type 3, this other atom is a trigonal nitrogen in a 5-membered heterocycles so is type 47, and so on. All force field parameters are then defined in terms of these atom types - a bond between the two atoms mentioned above would get its parameters from a force field entry for bonds between types 3 and 47, and all other bonds between types 3 and 47 would get the same parameter. This is easy to set up and implement, but often ends up causing problems, for example, if there’s a particular heterocycle where the force field gets the bond lengths to the nitrogen wrong, then the only way to fix that is to define a new atom type and add hundreds of new entries to the parameter tables.

In Parsley, on the other hand, all parameters are directly assigned via pattern recognition. There’s no atom typing, so new parameters can be added as broadly or as specifically as is needed. As a result, excellent results can be obtained with substantially fewer parameters than in most well-known force fields. This feels quite natural to us here at Cresset, as whilst the XED force field does use atom types, it has very few of them and internally relies extensively on on-the-fly modification of parameters from both pattern recognition and from estimates of bond orders.

Flare V4 release to include the Parsley force field

As well as contributing towards the development and improvement of the Open Force Field efforts, we will be providing access to the force field in the next release of Flare. Dynamics runs, WaterSwap absolute free energy calculations and Free Energy Perturbation (FEP) jobs will all provide a choice of GAFF, GAFF2 or Parsley. We’re currently benchmarking the performance of Parsley in our standard FEP test sets and will report those results as soon as they are ready.

Parsley development is continuing at a rapid pace and updated versions are likely to be released regularly. We’ve designed the Open Force Field interface in Flare so that adding a new release (or a custom version) of Parsley is as easy as dropping a file into a folder. Consequently, you will always be able to access the latest cutting-edge version of the force field without having to wait for the next Flare release.