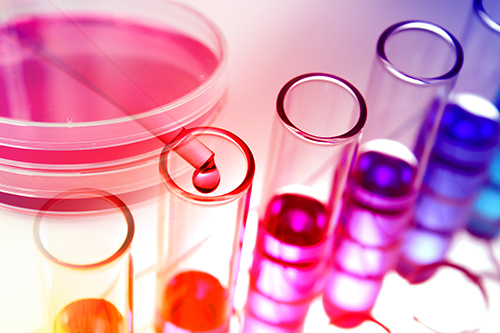 New genomic and proteomic analysis technologies allow for diagnosis and prognosis of patients with greater accuracy than ever before. Indeed, due to the substantial amount of research now undertaken in this space, we are now able to identify new disease states and conditions previously unknown or poorly understood, allowing early detection and treatment of disease. The ability to diagnose or predict an individual developing a disease allows for preventative action to be taken, such as the administration of drug treatments before symptoms emerge, or even surgical interventions to prevent the disease developing at all. We discuss many of the advantages of precision medicine in our blog post, Precision medicine: the next revolution in healthcare.

Whilst this technology offers exciting new developments in disease diagnosis and health science, it raises a number of ethical questions and scenarios about who has access to this information and why. These, in turn, give rise to questions about how best to regulate this technology.

For example, is it better to know that you are at increased risk of developing a disease, or is ignorance indeed bliss? Indeed, if this information comes to be known about a patient, is it ever morally acceptable to withhold it from the individual concerned? Understanding that you have a 50% increased risk of developing a cancer could lead to you to make subconscious and conscious behavioural changes. You might undergo radical surgery, use alcohol or drugs to self-medicate the associated stress and anxiety, or begin taking risks in other areas of your life. Thus, whilst your actual risk of developing the disease may have only increased from 0.5% to 0.75%, having the knowledge of this risk may itself have shortened your life by many years.

There are concerns too around what others may do with this information. Commercially available lifestyle tests purport to inform individuals about optimal diet and exercise strategies for their genetic makeup, promoting the adoption of healthy lifestyle choices. Could other tests be used to predict your work ethic, or likelihood of committing a crime? If so, should such tests be acceptable in job interviews, court cases or in schools? Clearly, there are significant ramifications associated with this technology, and some regulation is required.

So far, few governments have made serious efforts to tackle these questions, although many are investing heavily in precision medicine technologies as a mechanism for improving the health of the population, and reducing the cost of healthcare associated with an ageing population.

One country that has grappled with this problem is Germany, where the Genetic Diagnostics Act (GenDG)requires that genetic testing and diagnosis is performed only by a physician, and only with the consent of the individual being tested. The act regulates the use of genetic information by insurance companies and employers to prevent discrimination based on an individual’s genetic information, or that of their close family members. One interesting impact of this act is that “direct to consumer” genetic tests, such as those which provide ancestry or lifestyle information, are prohibited in Germany. Such tests have been extremely popular in other countries such as the USA and UK, with millions of users submitting their samples for testing and, at the same time, forming powerful databases of human genomic sequence information.

Patent law is sometimes proposed as a tool for regulation of new technologies. Many countries do incorporate some provisions relating to morality. The European patent system, for example, prohibits the grant of patents relating to inventions contrary to morality or ordre public. The examination guidelines clarify that the prohibition is not to be invoked merely because an invention is illegal in some contracting state – instead, provision is intended to apply only if the public at large would regard the invention as so abhorrent that the grant of a patent right would be inconceivable. Although this test has been applied to inventions relating to genomic analysis (for example, to methods of selecting a mate on a dating site, based on their genetics) it is generally invoked only in rare or extreme cases.

The European patent system is one of the more applicant friendly jurisdictions for precision medicine inventions, with examiners willing to grant patents reflecting diagnoses and novel treatments based on a newly appreciated correlation between a biomarker and a clinical indication. Patents can also be obtained for new and innovative DNA or protein sequences, provided they meet the requirements for novelty and inventive step. Indeed, this is enshrined in the law itself, as part of the EU’s 1998 “Biotech Directive”, a rare example of proactive, rather than reactive, law making in intellectual property.

The USA, on the other hand, is a more challenging jurisdiction for innovators in the precision medicine field. The patent office considers such claims to be an attempt to monopolize a law of nature, and thus not eligible for grant of a patent, unless the scope of the patent is restricted to “something more” than the natural law, such as the requirement to use a specific new detection reagent or methodology. Interestingly, the US patent code does not look significantly different to other jurisdictions – this approach has developed from the case law of the Supreme Court, who were concerned that allowing patent protection for natural laws would monopolise, and therefore stifle innovation, rather than promote it.

Applicants may have success with claims that closely resemble the final clinical test, such as requiring specific antibodies, the identification of particular threshold values, or specific modifications of a treatment regimen based on particular biomarker values. However, this may be of little comfort for innovators with early stage diagnostic technologies hoping to obtain patent protection in order to attract or secure funding for further development. As such, it is unclear whether this regime change has aided or hampered research into diagnostic technologies in the lucrative US healthcare market.

It is clear that precision medicine offers significant advantages, but also raises significant ethical questions. Regulation of these technologies is vital to ensure that sensitive biological information about individuals is not misused. However, this must be balanced against the risk of stifling innovation and access to these technologies, which offer substantial benefits for patients. As such, it is essential that governments adopt a proactive approach to law making in this area.

Fran is a member of Mewburn Ellis’s life sciences patent team with expertise in the biotechnology, bioinformatics, pharmaceutical and agricultural science sectors. Fran prepares and prosecutes applications relating to a range of precision medicine inventions, biomarkers and diagnostics, including methods for the identification of biomarkers and biomarker panels, and their use in diagnosing and prognosing disease.

To read more commentary from Fran on this and other related topics you can sign up to our News and Insights.