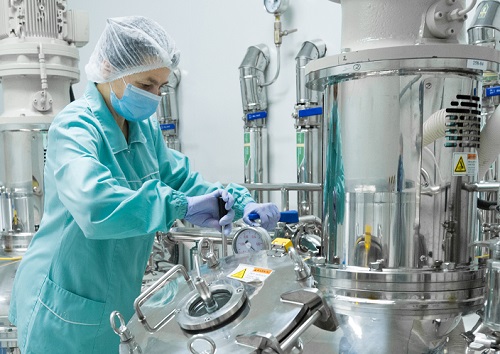 One of the UK’s leaders in chemical and biochemical engineering design has published a new whitepaper looking into the lengths manufacturers and researchers need to go to when assessing containment risk.

BPE’s paper investigates what’s required when it comes to high potency materials users meeting risk reduction obligations. It focuses on the company’s work with a high potency biological facility, which had recently been subject to a routine inspection by the Health and Safety Executive.

The report of the body’s Biologicals Investigation Group found areas for improvement in risk reduction and BPE was called upon to lend its process safety expertise.

Gary McRobbie, life sciences consultant at BPE and author of the whitepaper, said: “The layers of protection that were currently in place to prevent a breach of primary containment resulting in a release likely to cause an infection of laboratory staff were considered insufficient to meet the required risk target.

“The principle cause of the shortfall in protection was due to reliance on containment being provided by the cabinet extract fans within the facility. Also, the reliance on a pressure alarm. Neither of these were considered to have sufficiently high integrity.”

BPE used SWIFT and LOPA approaches to make engineering and maintenance recommendations to improve the level of containment. This formed the basis of an action plan.

Gary explained: “The action plan and the record of the SWIFT and LOPA Analyses formed part of the overall Basis of Safety File for the high containment laboratory for presentation to the regulatory authorities.

“Before LOPA activities were started a structured ‘what if’ technique was selected to brainstorm the possible hazardous scenarios. This technique was considered more appropriate for this laboratory application where there was an absence of detailed design piping and instrument diagrams. Importantly, this was a multi-disciplinary team exercise and the team members were separate from the LOPA team.”

While the whitepaper focuses on an example with biological materials, BPE says that the ideas and processes are of significance to non-biological and chemical manufacturers.

Gary says: “There are lessons we can all learn and apply across a variety of sectors. Ultimately, it’s about looking at every angle and brainstorming every possible hazardous scenario. People should be thinking about applying a structured ‘what if’ technique before they even begin LOPA activities.”

BPE’s SWIFT ‘what if’ technique involves:

The whitepaper, entitled ‘LOPA & High Containment – The Basis of Safety Methodology’ goes on to explore the technique and case study in detail.

BPE is making the whitepaper available to anyone for free as part of its mission to share best practice with the industry. The company is looking to hold an event later in the year, bringing together people from across the process engineering world to explore and discuss the topics highlighted.

To get hold of a copy of the latest whitepaper and any others visit https://www.bpe-ds.com/about-us/bpe-whitepapers/