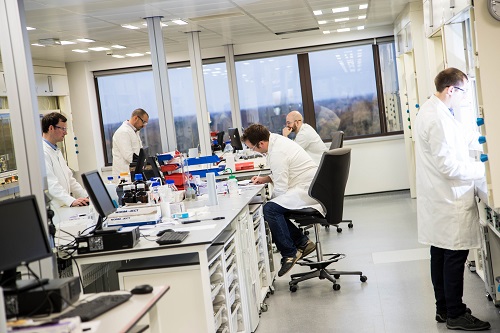 The AMR Centre has today welcomed the UK Government’s announcement of a new plan to cut inappropriate use of antibiotics and reduce drug resistant infections.

The national action plan, announced by Health Secretary Matt Hancock at the World Economic Forum in Davos, sets out how the UK will achieve its new 20 year vision for a world in which AMR is contained and controlled by 2040, covering health, animals, the environment and the food chain.

Key to the plan is the launch of a trial by the National Institute of Health and Care Excellence (NICE) and NHS England to develop a new payment model that rewards pharmaceutical companies according to the value of their medicines to the NHS, rather than the amount of antibiotics sold.

The plan, which aims to save thousands of lives, includes a target to cut the number of drug-resistant infections by 10% (5,000 infections) by 2025, reducing the use of antibiotics in humans by a 15 per cent and preventing at least 15,000 patients from contracting infections as a result of their healthcare each year by 2024.

Key to achieving these goals will be using new technology to gather real-time patient data, which will enable clinicians to understand when to use and preserve antibiotics in their treatment.

In addition to human health, the government will work with vets and farmers to further reduce antibiotic use in animals

Dr Peter Jackson, executive director of The AMR Centre, the public-private body that funds and co-ordinates research into new antibiotics and diagnostics, said:

“Today’s announcement by the UK Government on the launch of a trial to evaluate a new way for the National Health Service (NHS) to pay for antibiotics is the critical step that the world has been waiting for, and is very welcome for AMR researchers.

“At the moment, older antibiotics are mainly generic drugs, sold cheaply and with wide availability, uncontrolled in some areas of the world. That’s one of the reasons why microbes have evolved rapidly to be resistant to the most common classes of antibiotics in the medicine cabinet. And with international mobility, these resistant microbes can spread rapidly around the world.

“Clinicians are now seeing superbugs that are resistant to more than one type of antibiotic, and the most concerning recent cases show resistance to all of them, leading to cases such as the recent reports of two patients in the UK suffering from a “super-gonorrhoea” infection.

“So the world needs new safe and effective drugs to treat these dangerous pathogens: but we also need to control their use so that new resistance does not appear.

“This presents a major problem for drug developers. It takes hundreds of millions of pounds to research and develop a new treatment, but we want to use new antibiotics sparingly, so pharma companies are unlikely to recoup their R&D investment by selling these new life-saving drugs to the NHS as sales volumes will be severely curtailed.

“The global response to this dilemma so far has been to introduce so-called “PUSH” incentives – grants and other financial incentives awarded to drug developers to reduce their cost of early-stage R&D. Initiatives such as the US-based CARB-X, the Danish Novo REPAIR fund and the Swiss GARDP program are priming the development pipeline with 100s of millions of dollars of new cash targeted at supporting Small-to-Medium Enterprises (SMEs) worldwide.

“But the international community has also been calling for action to fix the broken antibiotics reimbursement model by introducing “PULL” incentives.  These are additional incentives paid to developers to ‘delink’ the revenues received by the pharma company from the volume of drug sold. So far, international efforts on PULL incentives have been more elusive, and despite attempts such as the REVAMP proposal currently stalled in the US congress, none have yet been introduced.

“The announcement today that NICE and the NHS are now working together with industry to trial a new reimbursement model for these life-saving new medicines to treat AMR is a great breakthrough. This should point the way for other countries around the world to quickly follow suit and introduce their own incentives for antibiotics R&D. This new approach will provide a real boost to the pharma companies developing new AMR medicines, especially the SMEs that are doing the majority of the research work in the UK. It is also an important signal to the private investment community to step back up to the mark and support companies engaged in AMR R&D.”

The AMR Centre, based at Alderley Park in Cheshire, is leading the way by helping SMEs to fast-track their exciting new antibiotics into clinical trials for patients here in the UK. It has three projects with companies in the UK, Sweden and USA, and further programs in its pipeline with partners in the UK, USA and Japan.

Its current activity includes a co-development deal with a US biotech company with Microbiotix Inc to accelerate the development of its lead bacterial virulence drug candidate. It is also has exclusive worldwide rights to Medivir’s research stage metallo-β-lactamase inhibitor (MBLI) program. This key research program is aimed at tackling the threat posed by NDM-1 and other metallo-β-lactamases, enzymes that make bacteria resistant to widely used beta-lactam antibiotics such as penicillin.  The AMR Centre, the leading UK organisation working to combat the global problem of drug resistance, will take forward this program.  The third project is working with EligoChem Ltd, which operates from a base in Sandwich, Kent, to co-develop the use of antimicrobial peptides to treat drug-resistant Gram-negative bacteria such as E. coli.

“Several of our projects are targeting the most persistent and dangerous lung infections, caused by Pseudomonas aeruginosa,” added Dr Jackson.  “Last year, there were over 70,000 cases of such life-threatening infections reported in the UK for patients on ventilators in hospital.  Just a 30% reduction in these infections could improve the prospects for over 20,000 patients and could also save the NHS an estimated £200m in intensive care costs every year.

“Once again, the UK is at the forefront, showing global leadership on AMR.”