New medical use patents are still a good bet 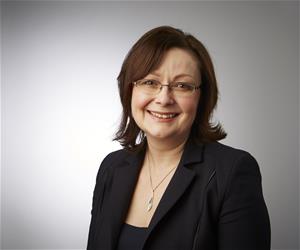 News that Pfizer has lost its final appeal in the battle to maintain patent protection for the second medical use of one of its best-selling drugs is disappointing news for all those involved in drug discovery. But drug companies should not be put off from pursuing new medical use patents in the future.

Following a long-standing legal battle, the Supreme Court has concluded that a new medical use patent secured by Warner-Lambert (now owned by Pfizer) at the European Patent Office in 2003, is invalid on the grounds that insufficient data was provided to support its efficacy. The ruling upholds earlier decisions at the UK High Court and Court of Appeal, which were brought following a legal challenge by Actavis and other generics producers in 2015. In reaching its decision, the judges at the Supreme Court also recommended the introduction of some steps that could make it easier for generic companies to sidestep infringement actions in the future.

The drug at the centre of this legal battle is the blockbuster drug, Lyrica, which is widely used to treat patients with epilepsy. Whilst marketing it for this purpose, Pfizer discovered that the drug is also effective in the treatment of neuropathic pain. However, the Court of Appeal decided that there was insufficient evidence to support this claim.

Building on previous case law, the Supreme Court’s decision is a significant victory for generics producers. However, further case law may yet be needed to determine how easy they will find it in the future to challenge second medical use patents on the grounds that insufficient data was provided at the time of filing.

Some of the judges proposed the use of an ‘outward presentation’ test, based on the content of any product labelling or other printed information, which, to avoid infringement, should only refer to the patented uses of the drug. However, there was a lack of consensus on this matter, which means generics companies will still need to be careful about how their products are marketed and promoted by their sales force, to avoid potential infringement actions.

Overall, the ruling is a disappointment for businesses that have invested large sums of money to find new medical uses of existing drugs and bring them to market. However, crucially, it may still be possible to bring an infringement action against a generic rival if their intention is unclear. Drug companies are also likely to take a more strategic approach when pursuing second medical use patents in the future.