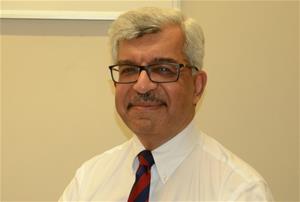 The British Pharmacological Society is a charity with a mission to promote and advance the whole spectrum of pharmacology. The Society leads the way in the research and application of pharmacology around the world.

Sir Munir, who is also Consultant Physician at the Royal Liverpool University Hospital, holds the only NHS Chair in Pharmacogenetics in the UK and is Director of the Medical Research Council’s Centre for Drug Safety Sciences.

Personalised Healthcare
His research, which spans the whole spectrum from discovery to implementation, focuses on individual variability in drug response, including anti-cancer drugs, with a view to evaluating the mechanisms and identifying strategies to personalise healthcare.

Of the award Sir Munir said: “I am honoured to have been elected to this prestigious position, and I am looking forward to playing such a significant role in promoting the BPS, its members and the field of pharmacological research around the world.

“This honour not only recognises my work, but also the efforts of the whole team at the University of Liverpool. It is also further recognition of our Department of Molecular and Clinical Pharmacology, which was recently awarded the Queen’s Anniversary Prize.”

The formal announcement of his appointment was made at the Society’s AGM on 12 December 2017, during its flagship annual meeting, Pharmacology 2017.

‘Ideal person’
Jonathan Bruun, Chief Executive of the Society, said: “I am delighted to see Munir elected to this role. For the past six years he has served the Society as Vice-President – Clinical, during which time he has led the campaign to build the profile of clinical pharmacology in the NHS. Munir’s track record of leadership on this issue and the high regard in which is he held in both medicine and academia – and by health policymakers – makes him the ideal person for this important position, and to take on the Presidency in two years’ time.

“Munir is already one of our most authoritative and articulate advocates, and I look forward to working with him even more closely over the next two years.”

To read more about Sir Munir’s research please visit https://www.liverpool.ac.uk/translational-medicine/staff/munir-pirmohamed/ or to listen to his podcast about personalised medicine visit here.