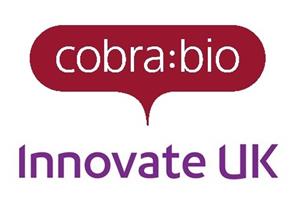 Cobra Biologics, an international CDMO of biologics and pharmaceuticals, announced that it has been awarded £2.6 million ($3.4 million) capital infrastructure investment by Innovate UK. The award has been made under Innovate UK’s Industrial Strategy boost for UK medicines with £70 million of funding to help develop new treatments. The investment will go towards a £5 million development project, which forms part of a wider £15 million company expansion announced by Cobra in 2017, to advance world leading capabilities for clinical and commercial production of viral vectors and DNA, vital for gene therapy and immune-oncology programmes.

Peter Coleman, Chief Executive of Cobra Biologics, commented: “Cobra is undertaking a very significant expansion of our viral and DNA manufacturing capability and we are very pleased to have received funding from Innovate UK to help accelerate our plans. The investment recognises Cobra as a leading company in the cell and gene therapy market and provides us, and the UK, with a unique opportunity to be at the forefront of developing revolutionary disease therapies and new treatments for patients.”

Minister of State for Trade and Exports, Baroness Rona Fairhead said: “The UK is a world leader in the Life Sciences industry, and our advanced gene therapies offer the potential to improve dramatically the lives of millions.

“The expansion of Cobra is an exciting development. It will create further highly skilled jobs and allow Cobra to drive their exports, while demonstrating UK leadership in another industry of the future.”