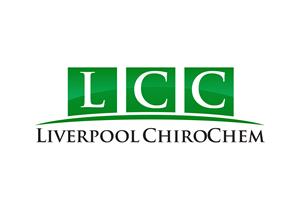 The Company, originally a spin-out from Liverpool University, has the capability to produce exceptionally pure chemical forms using its own patented technology and has already established itself firmly within the pharmaceutical and drug discovery supply chain. Founded just three years ago, it counts over 70 pharma, biotech and agrochemicals customers including Merck, Novartis, Domainex, Syngenta and Bayer.

In order to fulfil the demands of a growing customer base around the world, the new monies will be used to expand the UK based R&D and sales teams and increase production capacity through the construction of a new facility located on the China Medical City (CMC) National Science Park, in the city of Taizhou, Jiangsu Province. Jiangsu is at the heart of China’s rapid growth and investment into drug discovery and development. The new purpose built site will replace the Company’s existing production facility, also based in Jiangsu Province, and will act as a base from which to serve domestic customers in China.

Mike Fletcher, managing partner of Praetura will join the Board as a non-executive Director with immediate effect. With a wealth of M&A and corporate finance experience, Mike currently sits on the Board of several privately owned high growth orientated companies including Sorted, Peak AI, Starcount, Aberla Services, EC3 Brokers and Praetura Asset Finance. He has extensive experience in private equity and public markets, and is currently non-executive chairman of AIM-listed Inspired Energy (AIM:INSE), the Kirkham-headquartered energy procurement consultancy, which he helped to bring to market in November 2011.

The company intends to complete a further fundraising later in the year to expand its workforce further and build its product library. Prior to this latest funding round and since incorporation in 2015, LCC has raised £1.1m private equity through VCs and Angel investors.

Dr Paul Colbon, CEO of LCC, commented: “This latest funding round marks the beginning of the next stage of growth and progression for the Company. LCC’s continued investment into cutting-edge R&D has led to the successful development of an IP pipeline that can now be fully exploited by a world-leading production facility being developed in China. Deepbridge have supported the business from inception. Their continued support along with the backing of new investors in Praetura and NPIF will ensure the Company has everything it needs to be a leading supplier within the growing marketplace of specialist chemicals for drug discovery and development.”

Dr. Savvas Neophytou, Head of Life Sciences at Deepbridge, added: “I have seen LCC make considerable progress over the past three years, from a start-up to a company already competing on a global scale with established customers and revenue streams. I’m greatly encouraged by their future plans and expansion in China, and I am looking forward to seeing what they can achieve in the coming year.”

Mr Mike Fletcher, Managing Partner of Praetura, said: “We are delighted to be supporting LCC, an exciting growth stage company led by a talented, passionate and entrepreneurially focused management team. The Company’s proven operating model and proprietary technologies make it a potentially highly disruptive business, working in a transformative area of drug discovery. I look forward to working with Paul and the team and supporting the company in the follow-on fundraise later this year.”